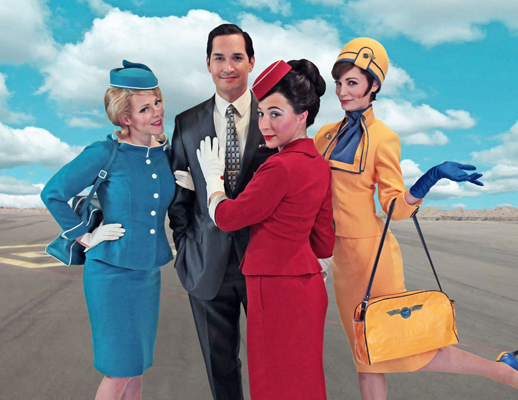 While I was tickled when I was asked to interview Angela DiMarco, an incredibly talented actor and my friend, I knew that it would be no easy feat. She’s working her booty off on her run of Boeing Boeing right now at Seattle Repertory Theater and running two businesses besides that with her husband and fellow actor, David S. Hogan. We settled on an email interview that she completed between performances at the Rep.

CS: You began acting quite young; at what point did you start to see acting as a career path for yourself?

AD: I was first into feature film when I was 8 years old and was both a SAG and AFTRA member by the age of 10. I honestly think I knew I would be an actor, I never wanted to be anything else. I booked a couple national commercials and many local spots, all of which paid very well. So my mom put that money aside for my college fund. I was fortunate to go to a K-12 alternative school of the arts, so I was able to audition and film while in school. High school is when theatre became a true passion, so I focused on my BFA in college. I moved to Los Angeles hoping to “make it” but just wasn’t happy. Since I moved back home I have been making a career as a performing and teaching artist. My husband and I recently launched our own production company, Mighty Tripod Productions. The name inspired by our cancer fighting canine who passed away in December. We teach, produce and give back to the community we call home.

CS: How has your relationship with the art changed as you went from acting as a hobby to acting as a career?

AD: I am so much happier now that I can concentrate all on the arts versus juggling a day-time job I hate. I will admit that my husband and I also have a successful dog walking/training business. I have been known to walk a dog or two but that is also a passion of mine. So again, I feel blessed working in fields that I love. I feel my craft has only gotten stronger, now that it has more of my attention. I noticed more opportunities have come my way as well.

CS: Everybody wants to know, what’s it like to be an actor married to another actor and everybody is kissing everybody else in all these films and plays?? Is there ever any jealousy? How do you make it work?

AD: I think my husband is better at it than I am. I still don’t like seeing him kiss another woman but I know it’s just a role. And the most important thing to do in a relationship is communicate, which we do. My husband is quite an amazing director, I can’t wait for the day when he directs me in something. And I do wonder what it would be like if there were intimate scenes…oh acting, what a tangled web you weave.

CS: What sorts of things did you do to prepare yourself for the role of fiery Italian Gabriella in Boeing Boeing playing now at the Seattle Repertory Theater?

AD: Well, I am a pretty feisty Italian woman already but I still had work to do. We had 4 weeks to play, sculpt and find each role. In rehearsal I found myself trying new things until it fit like a perfect leather Italian glove. I also sat down with my mom and my grandmother and got as much feedback from them [as I could]. My great grandmother was from Italy, so I am third generation. I love hearing all the stories and my family loves telling them.

CS: You’re honestly one of the most captivating actors I know; it’s clear you take your craft very seriously. What do you think every young artist should know right now that will set them on a path toward success?

AD: Study with various teachers, workshops, intensives, and friends projects. Then seek out one or two private coaches you can have to mentor you. I always find comfort in being able to go to my coach and do a one or two hour session.
Study BOTH theatre and film, they go together and help create a well-rounded artist. READ, there are so many helpful books out there. Pretty sure my husband has most of them. I wish I was better at this but I tend to be drawn to putting my training on its feet in class and workshops. Lastly, believe in yourself! If you don’t believe in yourself how will anyone else. For those who know me, they know my tag line…

Be Daring. Be Honest. Be Yourself. Be Mighty! 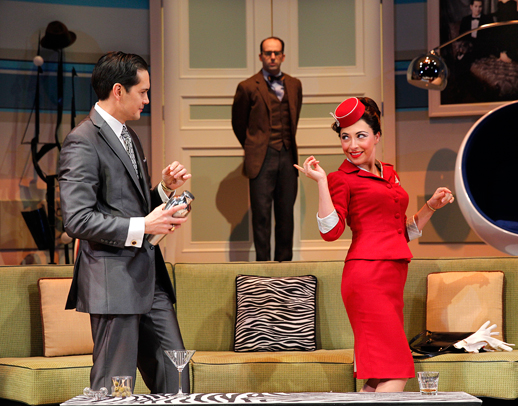